May 6, 2013
Friday Evening was an engineering bliss at Wingify. We had our first ever Hackathon at Wingify office! 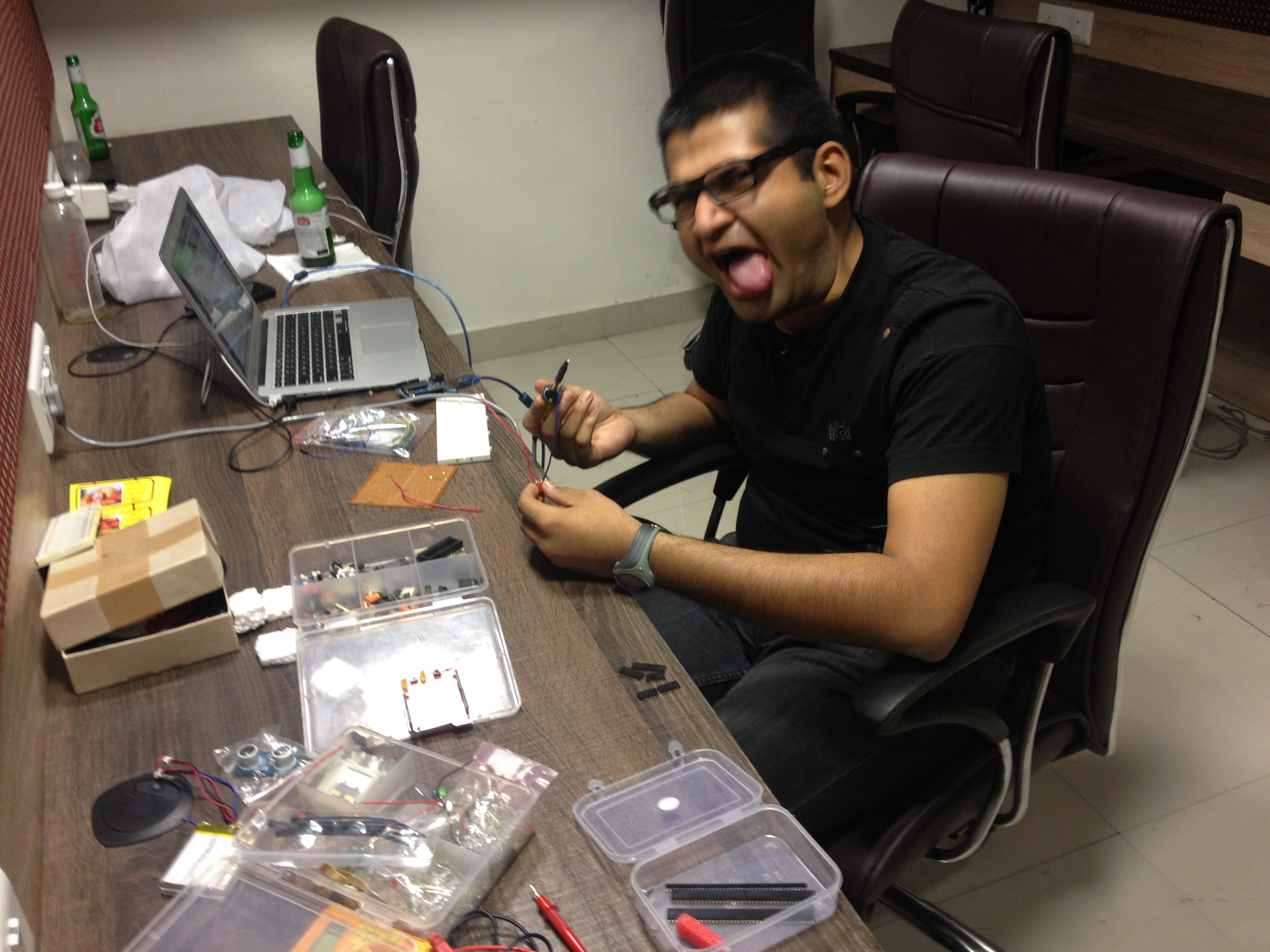 Look at how excited Rohit (above) looks like when he’s trying to hack an Arduino powered alcohol sensor. Many projects that were done in the evening that started at 9pm and ended at 6:30am:

Sparsh and Rohit started on building a 4x4x4 LED cube. 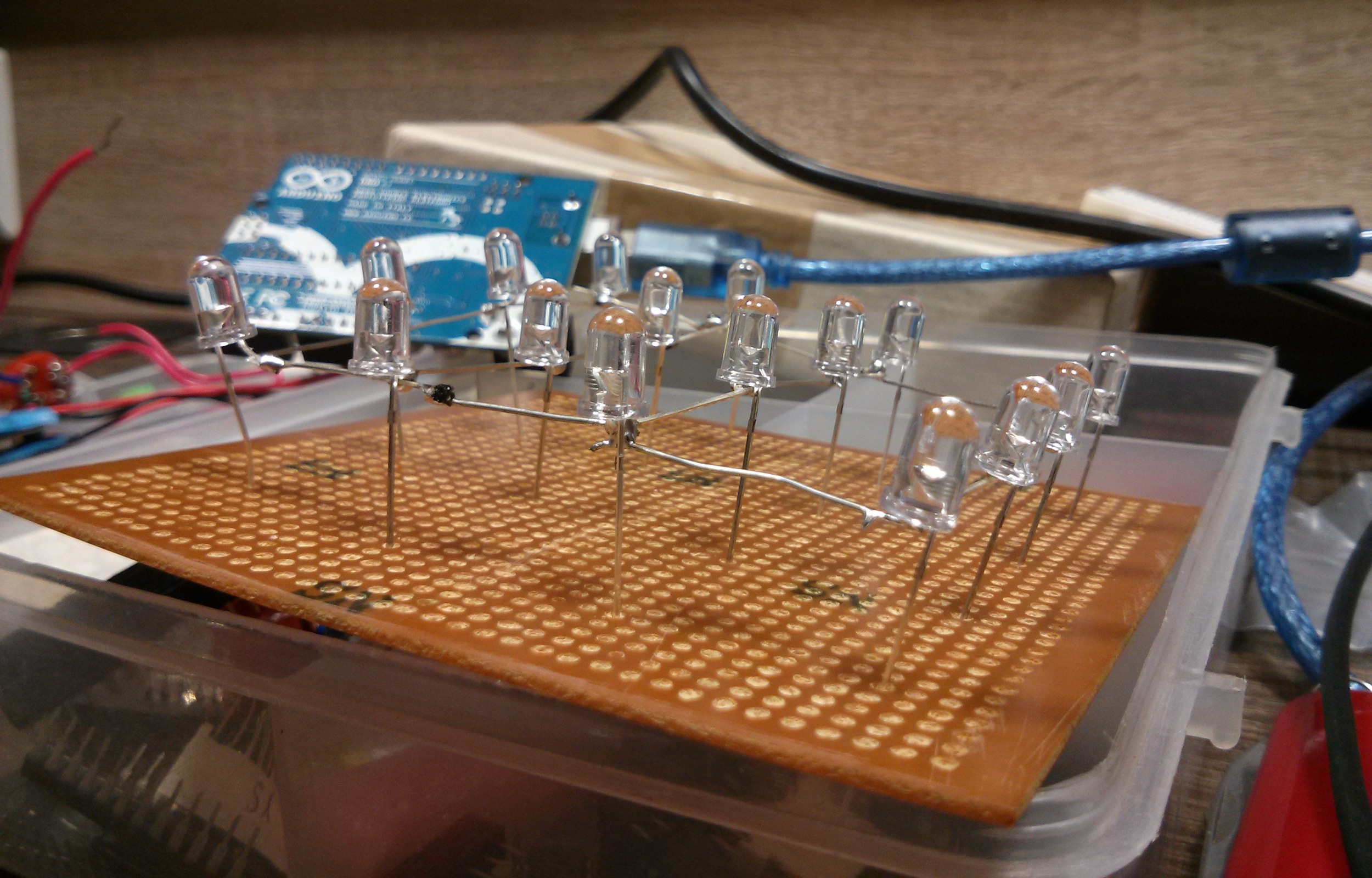 Kushagra deployed an official Wingify IRC server and chatroom, he also built bots that hang out there: 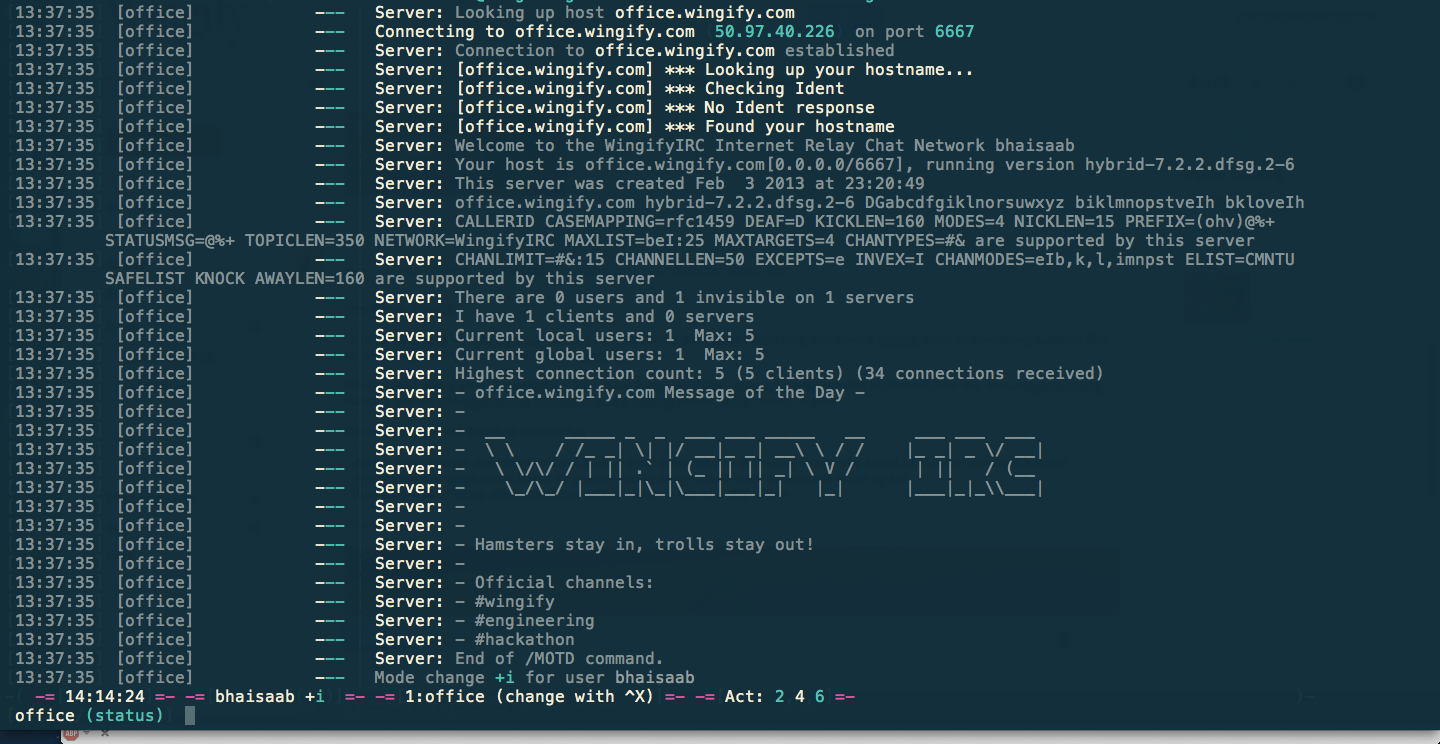 Paras and Sparsh worked on a minimum viable product with just a landing page right now: 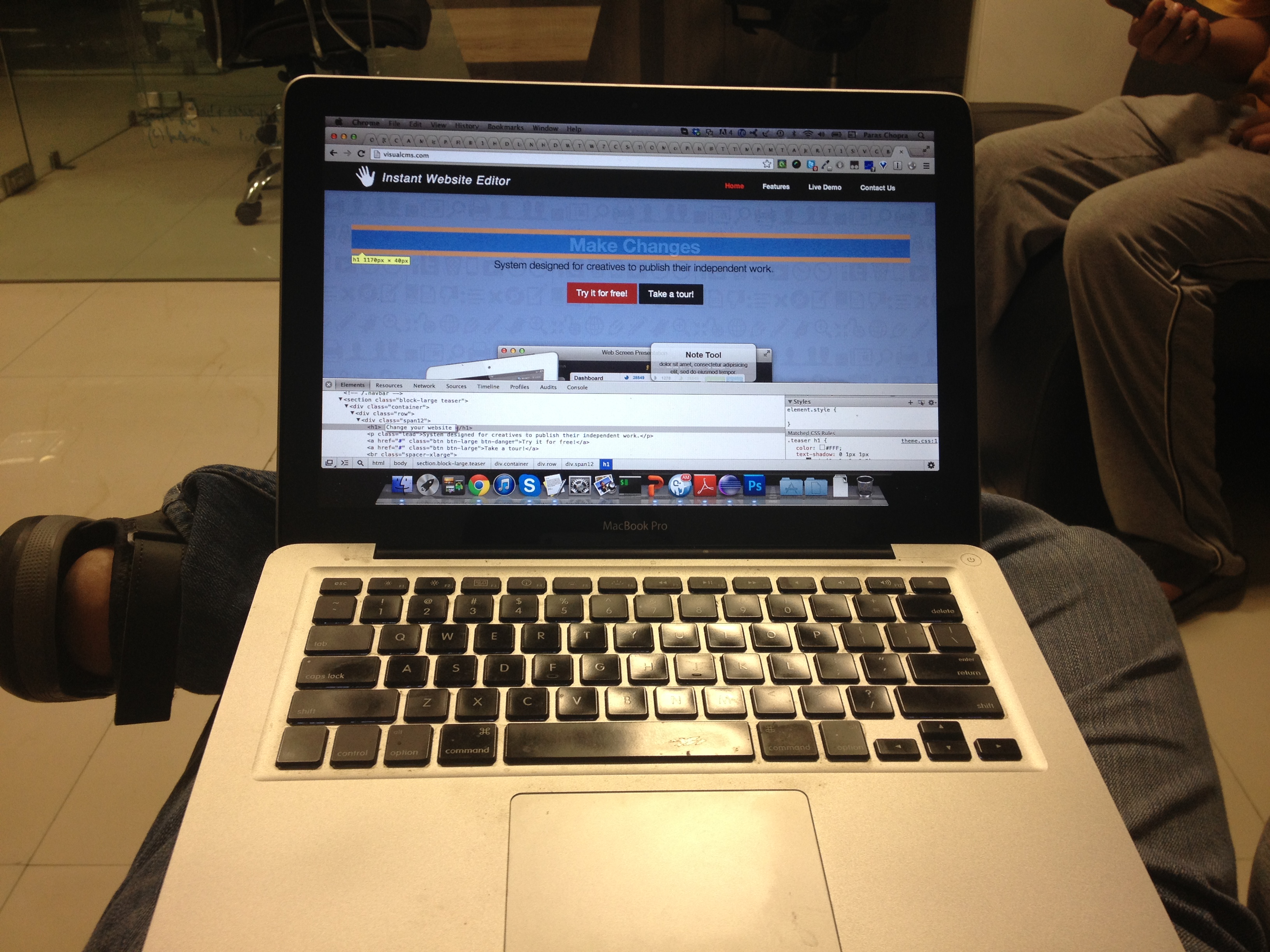 Other highlights of the Hackathon: 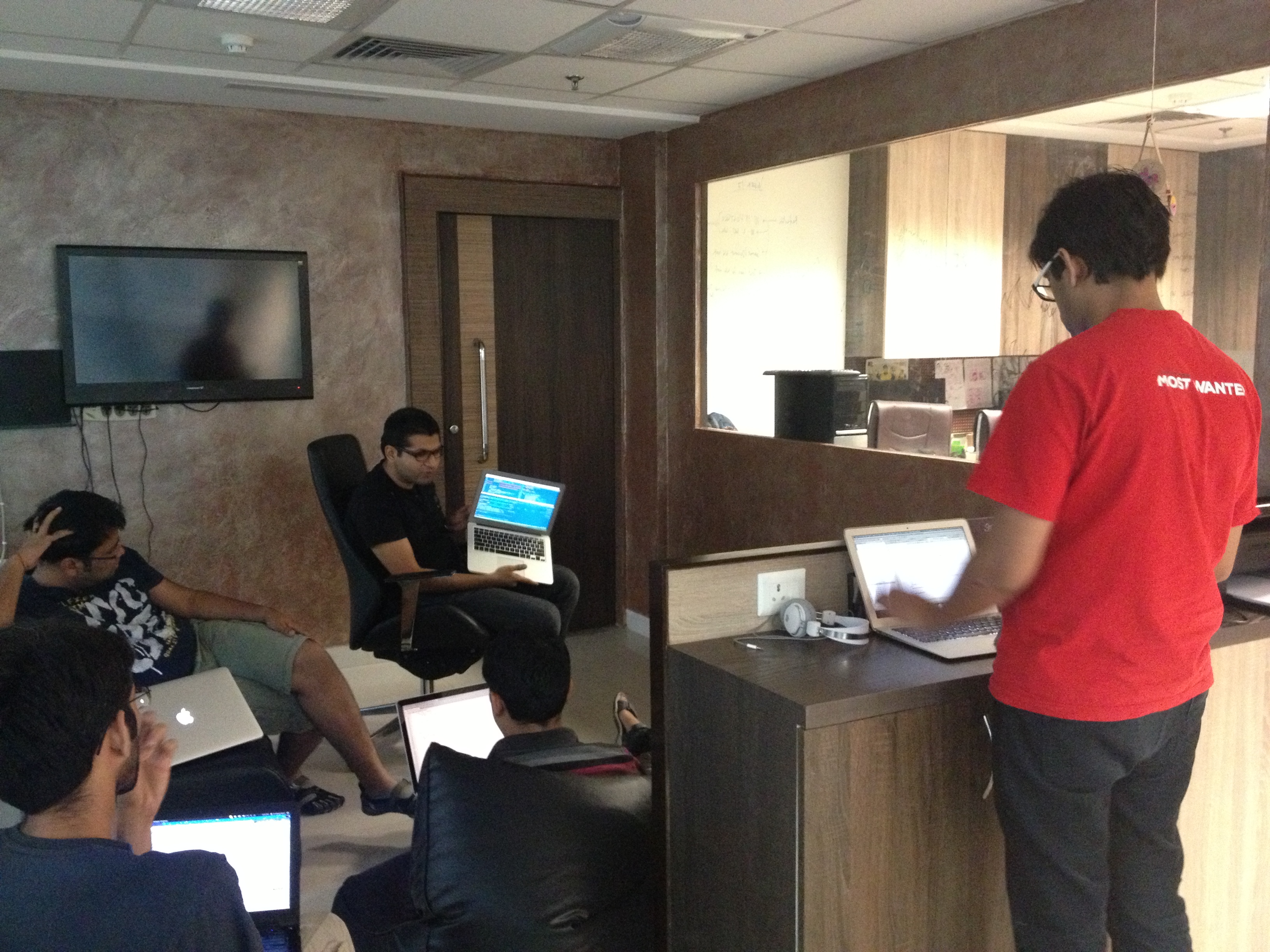 Just before the hackathon, we had our regular Friday engineering talk where Rohit gave an introduction to Phabricator, how to use Arcanist to do code reviews, audits and other miscellaneous topics!

Rohit has brought his hardware Pong game to the office!

How do you catch our attention at Wingify?