Corbett, the name rings many bells – Tigers, Jungles,
Safaris, and what not. That’s what the folks in Sales chose. Having a penchant
for making outings memorable, they didn’t disappoint this time. Beating the
heat with more heat!

Off they went, in cliques of 4 – 14 bleary-eyed travelers,
grunting & scowling at the ungodly hour the journey had to start (4AM!)

With 4 talented drivers, varied song playlist (from Calvin
Harris to Chikni Chameli), ample amounts of fluids, and the “very healthy” McD
breakfast, they covered the 7 hour journey within 5. 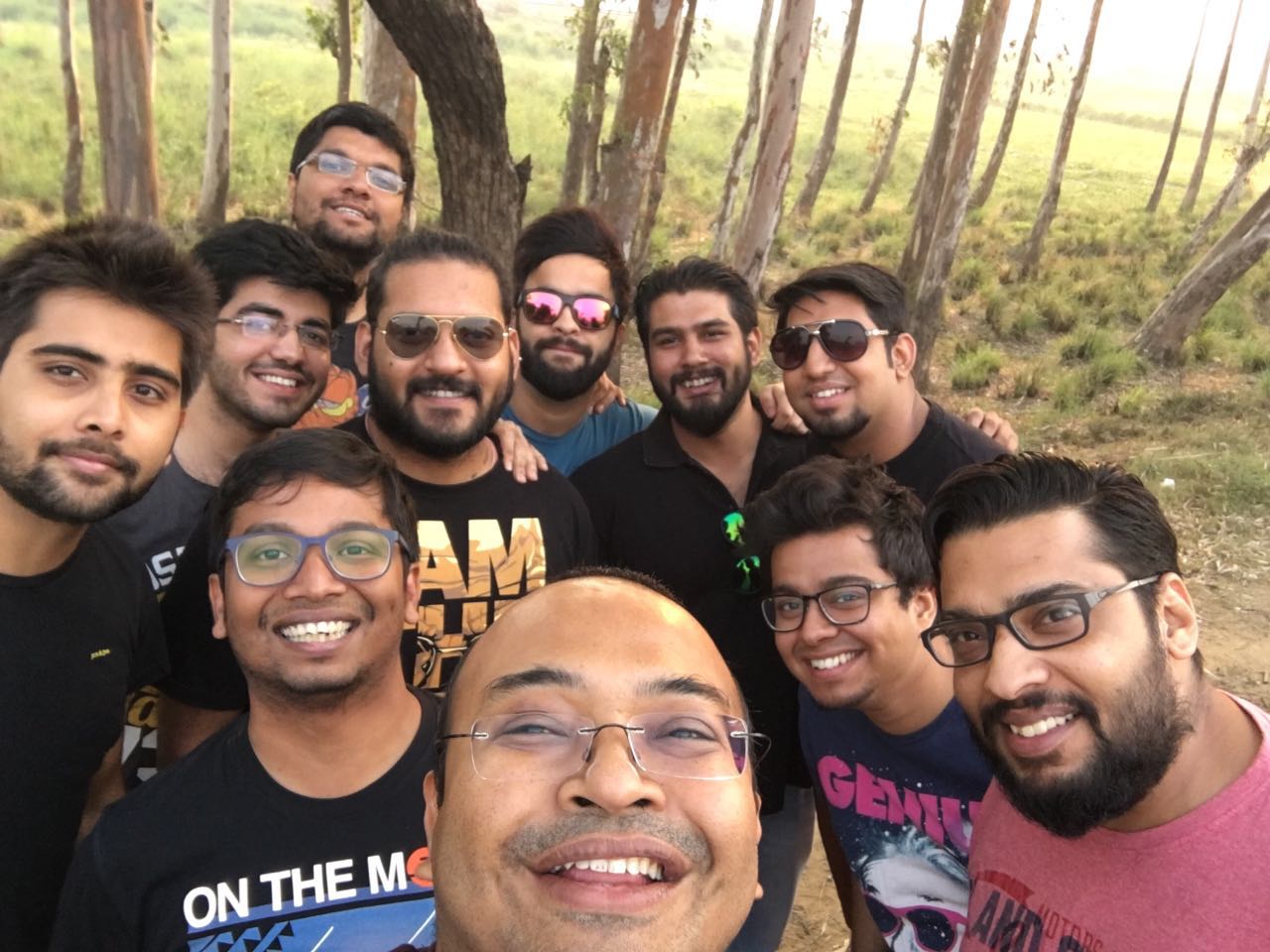 Choose the Tiger Resort (unlawfully so) as their abode for the next two days, it was a quaint place
located in a serene location. With comfortable rooms, lovely pathways (see pic
– courtesy Anmol), and a welcoming staff, it felt like anyone’s dream away from
home.

Excited and tired, the team looked for the pool to beat the
scorching heat. However, besides a dried up river stream (another story), they
couldn’t find anything. The so-called swimming pool was full of sweaty
construction workers and not the bikini-clad women they were expecting!

Disappointed and hungry, they went to the restaurant area
hoping the food will be better. 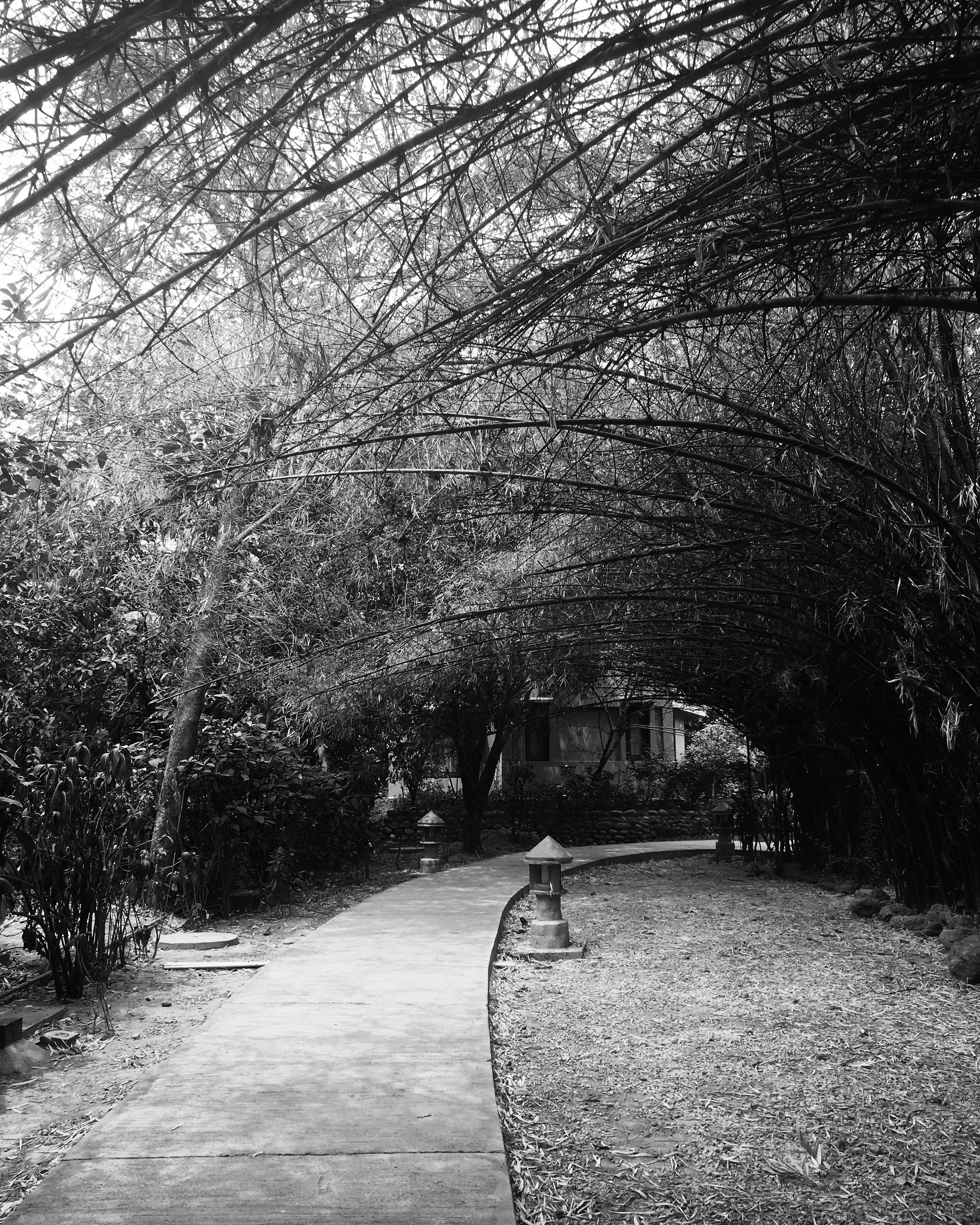 The Food – And Boy they were not disappointed!

Using copious amounts, the ravenously hungry team gouged
down every single inchling of food, so that something could sooth their
ever-hungry palate (Too verbose, yes I ate a dictionary for breakfast! :P) 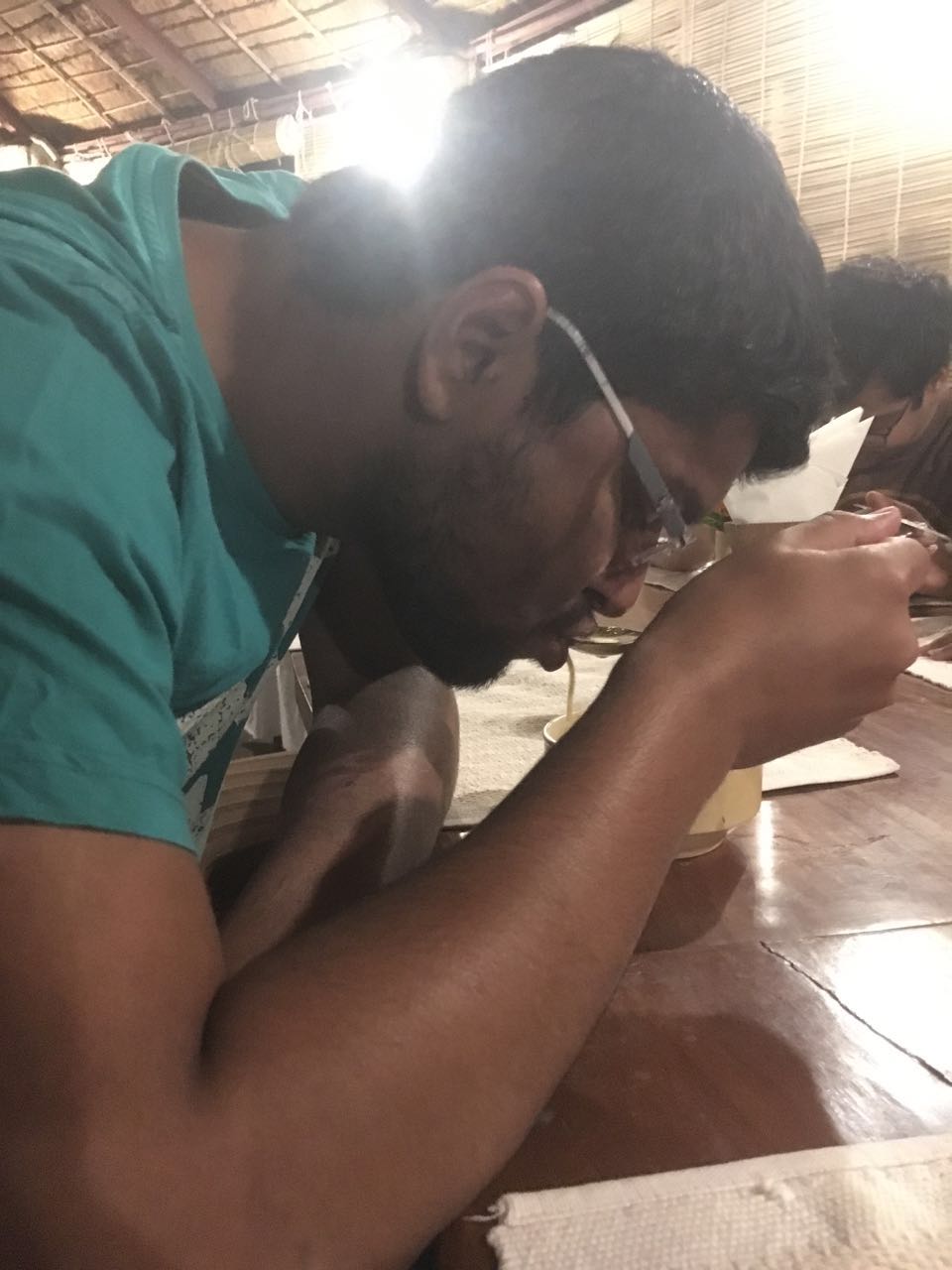 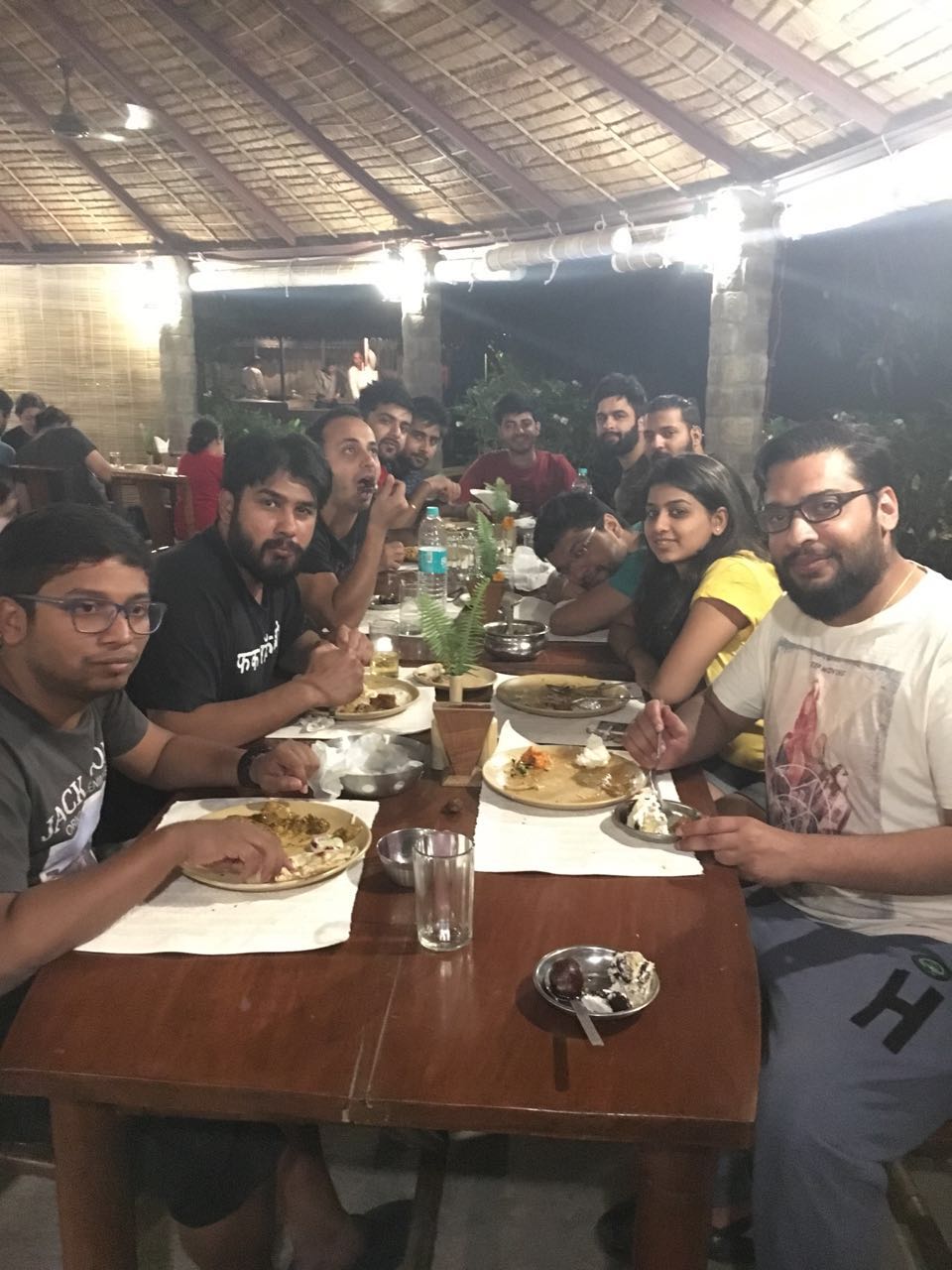 Talk of upturned fortunes! They finally got a pool! Tough
negotiators in Sales they are, Raj & Himanshu got them a great deal on a
pool in a nearby resort – free of cost of course

All dressed up in trunks and shades, the Sharks went
swimming! 😀 (Picture below)

While Vibhuti played the DJ, Anmol sent tsunami waves with
his swimming! After a game of some sort of volleyball, the team could finally
chill out! 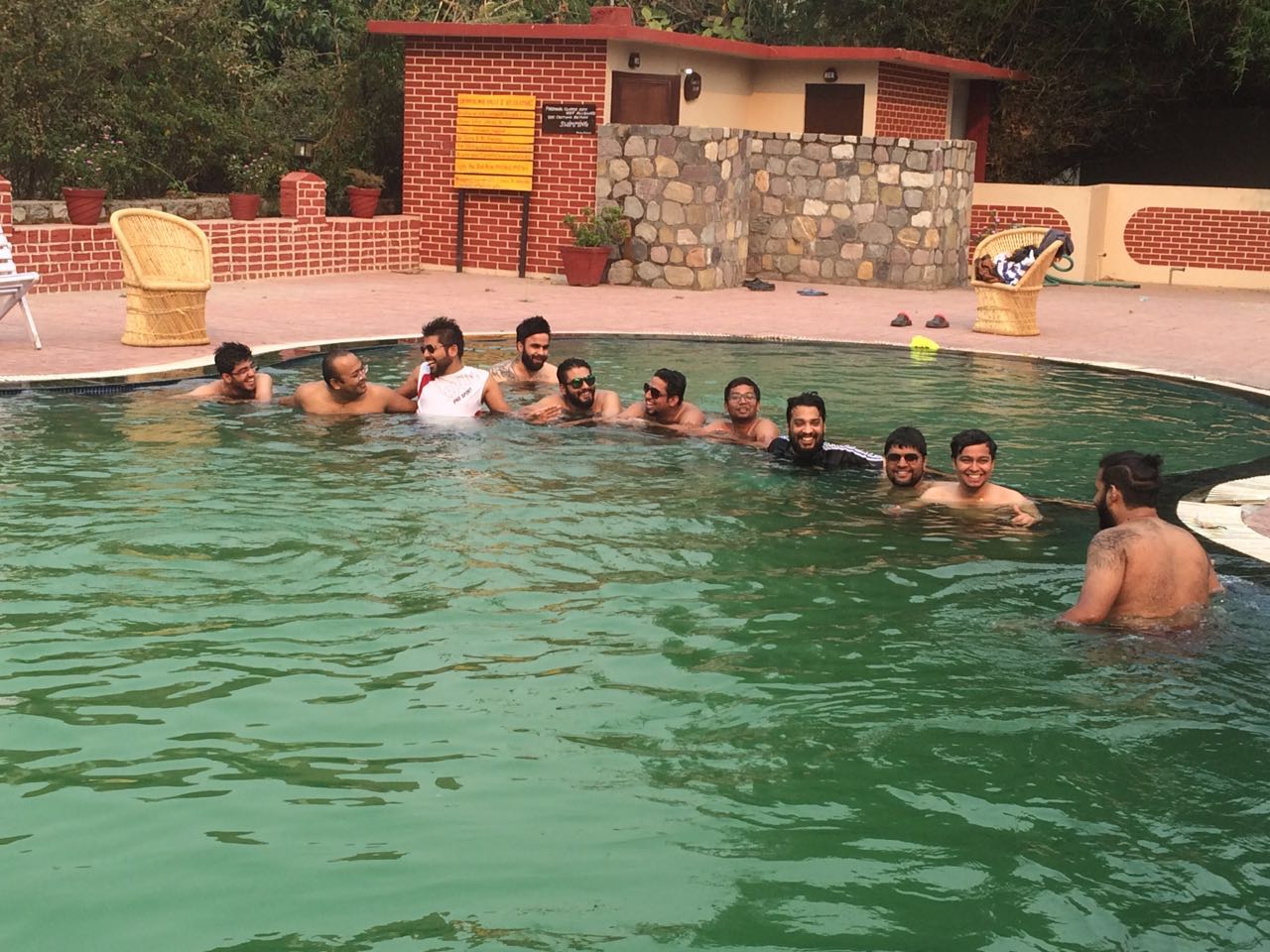 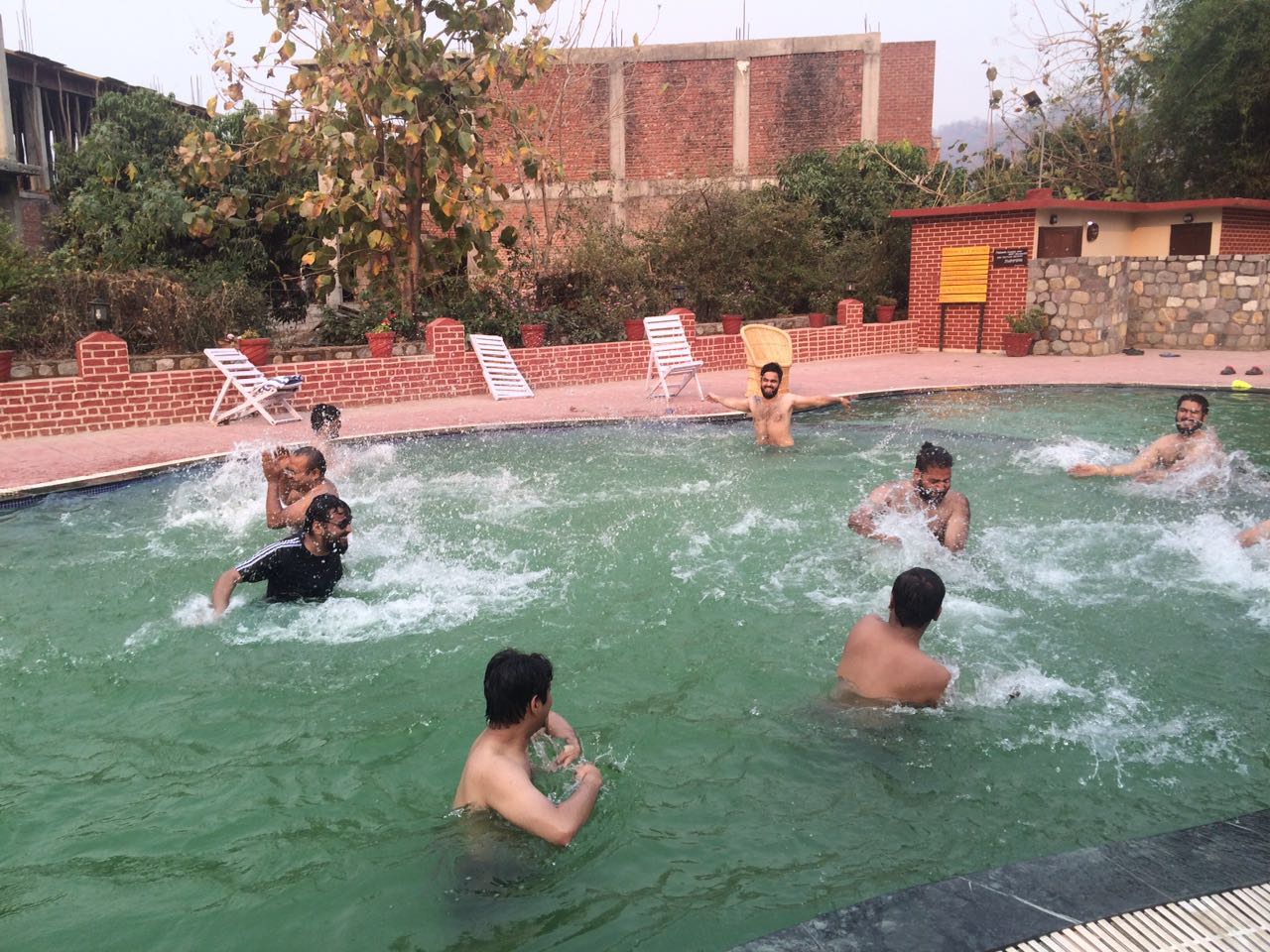 Safari time – eager to see some tigers, all geared up in
shorts & sneakers, the team split in two jeeps and started the
excruciatingly long journey into the forest

The excitement ebbed away when all they could see were
jackals, barking deers, paw marks.. and even …  Jaguars (cough.. Rohit)

Afterwards, Bhavan took matters into his hands and called
the team together for a nice game of cricket, although picking a knock himself! 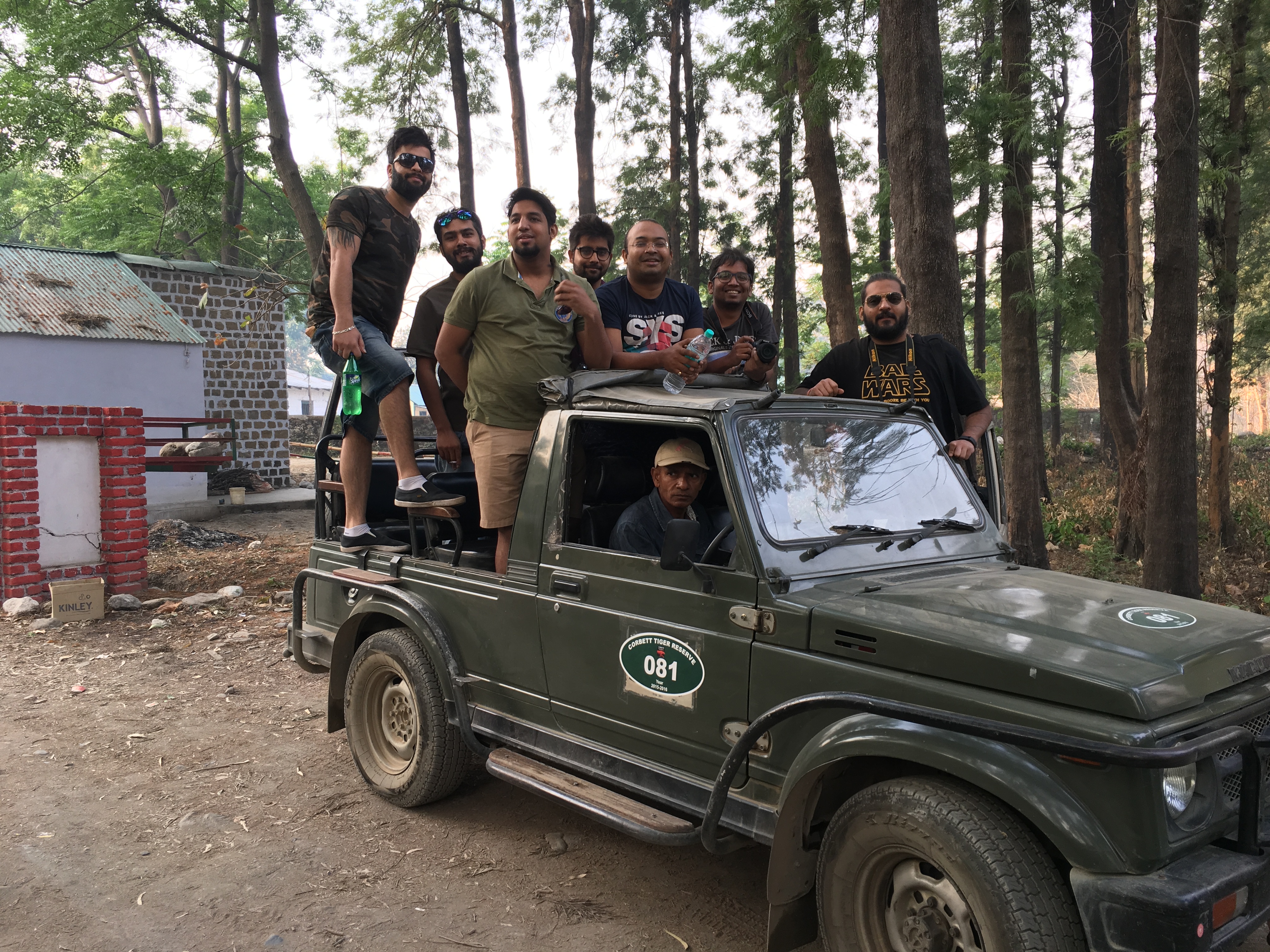 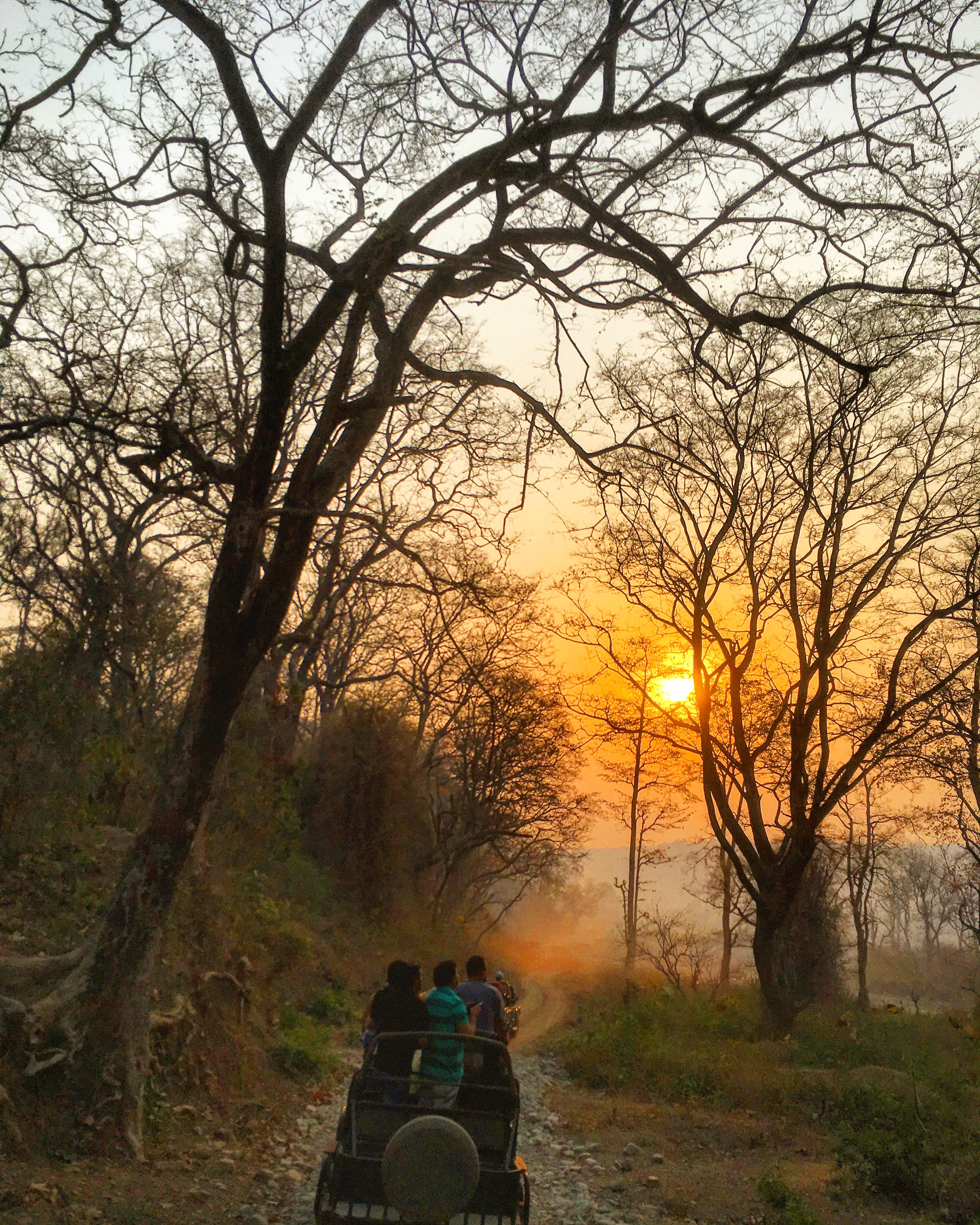 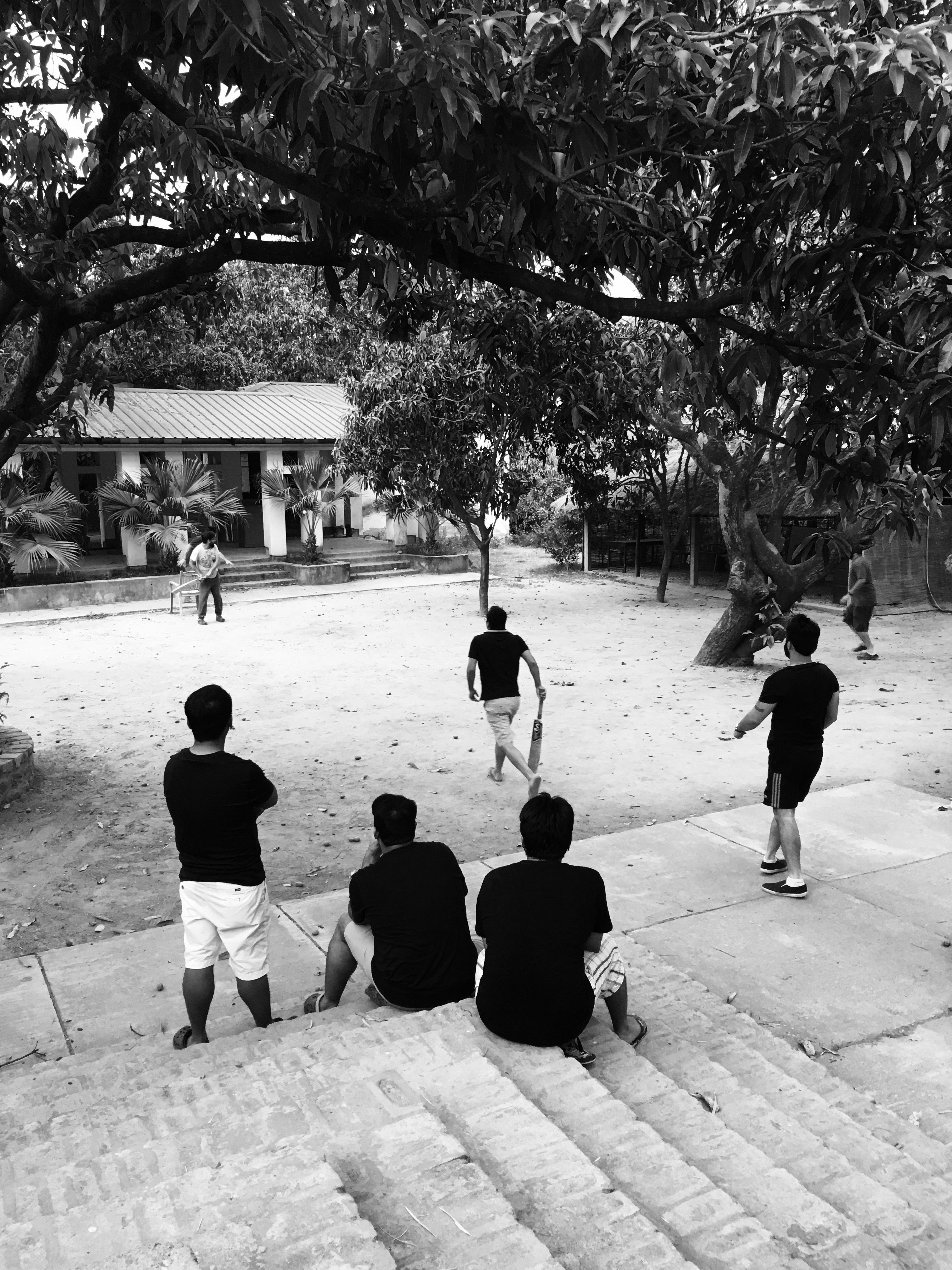 Post sunset, when theres not much to do in the forest, the
team took to Drinks & Hookah (Courtesy – Varunesh & Kushal), and
started their own little party. If the endless jokes by Bharat aka PP (no we’re
not going to share what it means) were not enough, a select group of people
thought of exploring the unknown.

High as a cloud they started their own night time safari
near the deserted river stream. Under the stars, in complete darkness, it was
like another world. Rightly said by Friedrich Nietzsche “If you gaze long into
an abyss, the abyss will gaze back into you”! Under the stars and open Skies,
they spoke of love, life and death!

How can a trip be complete without a little faux pas? So a
certain someone, lost a certain wallet! But by the grace of Mohammed (not the
god, but the guy who found it), the wallet (known to be of Australian origins)
was shipped back to its owner! 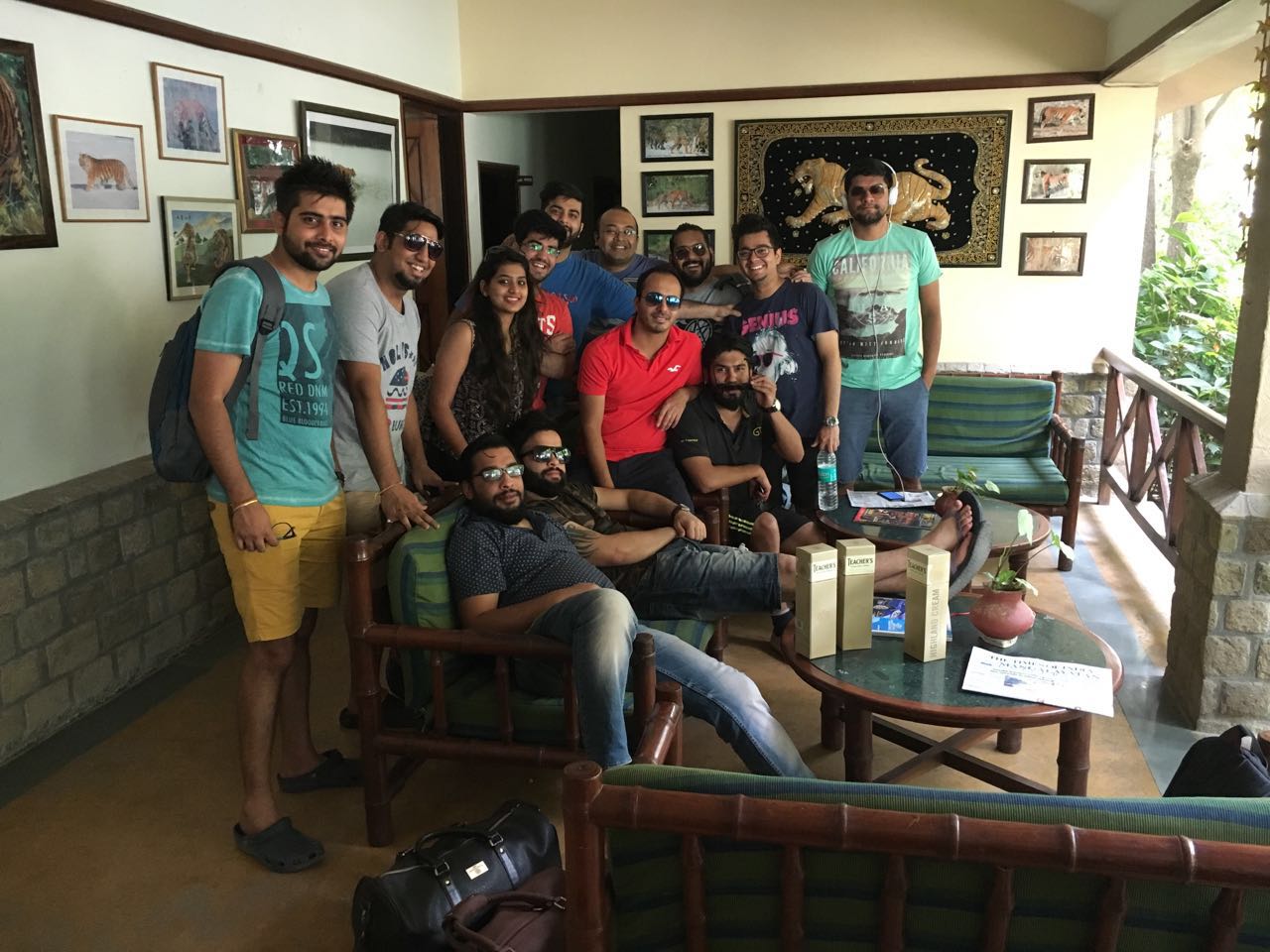 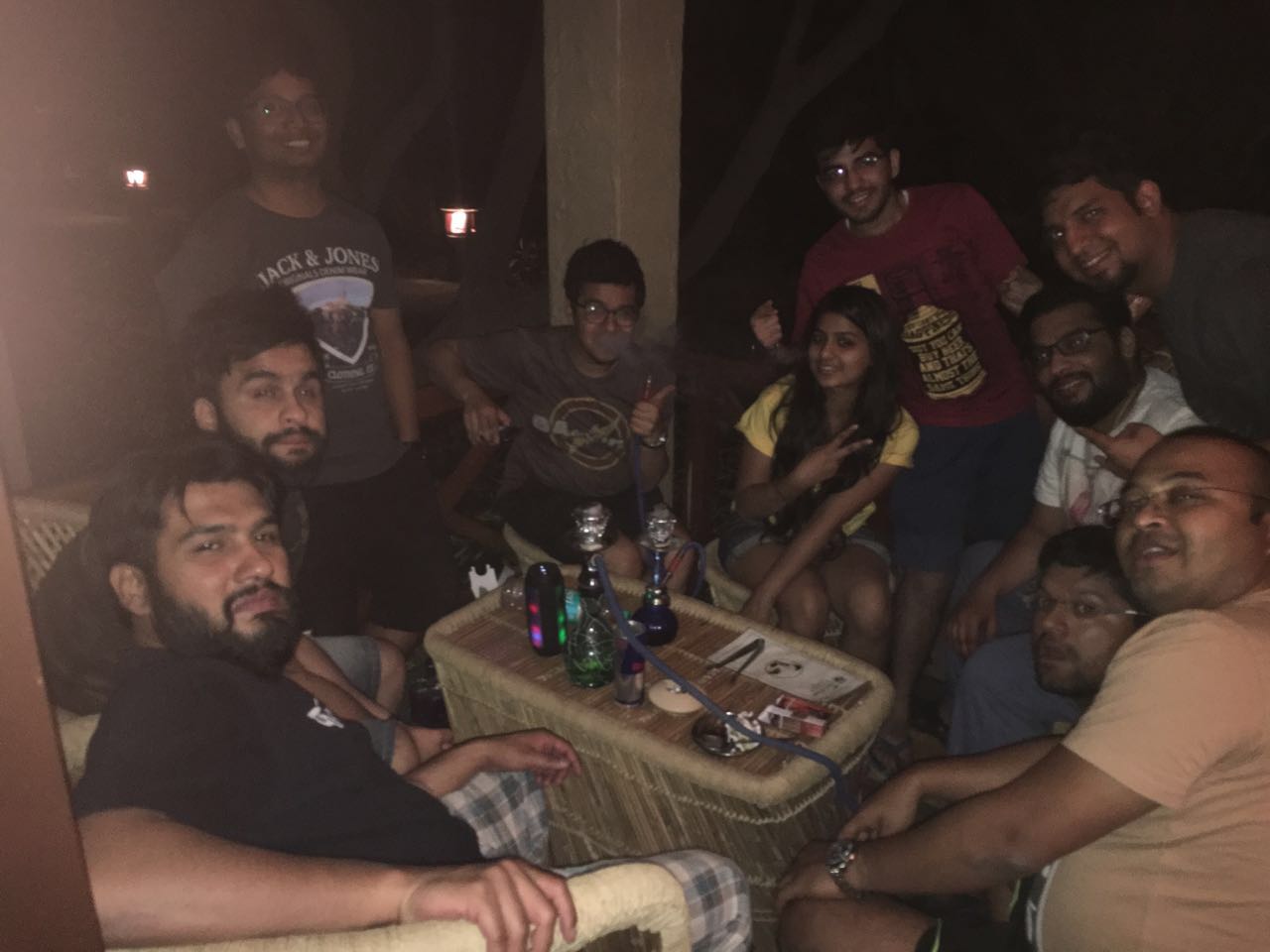 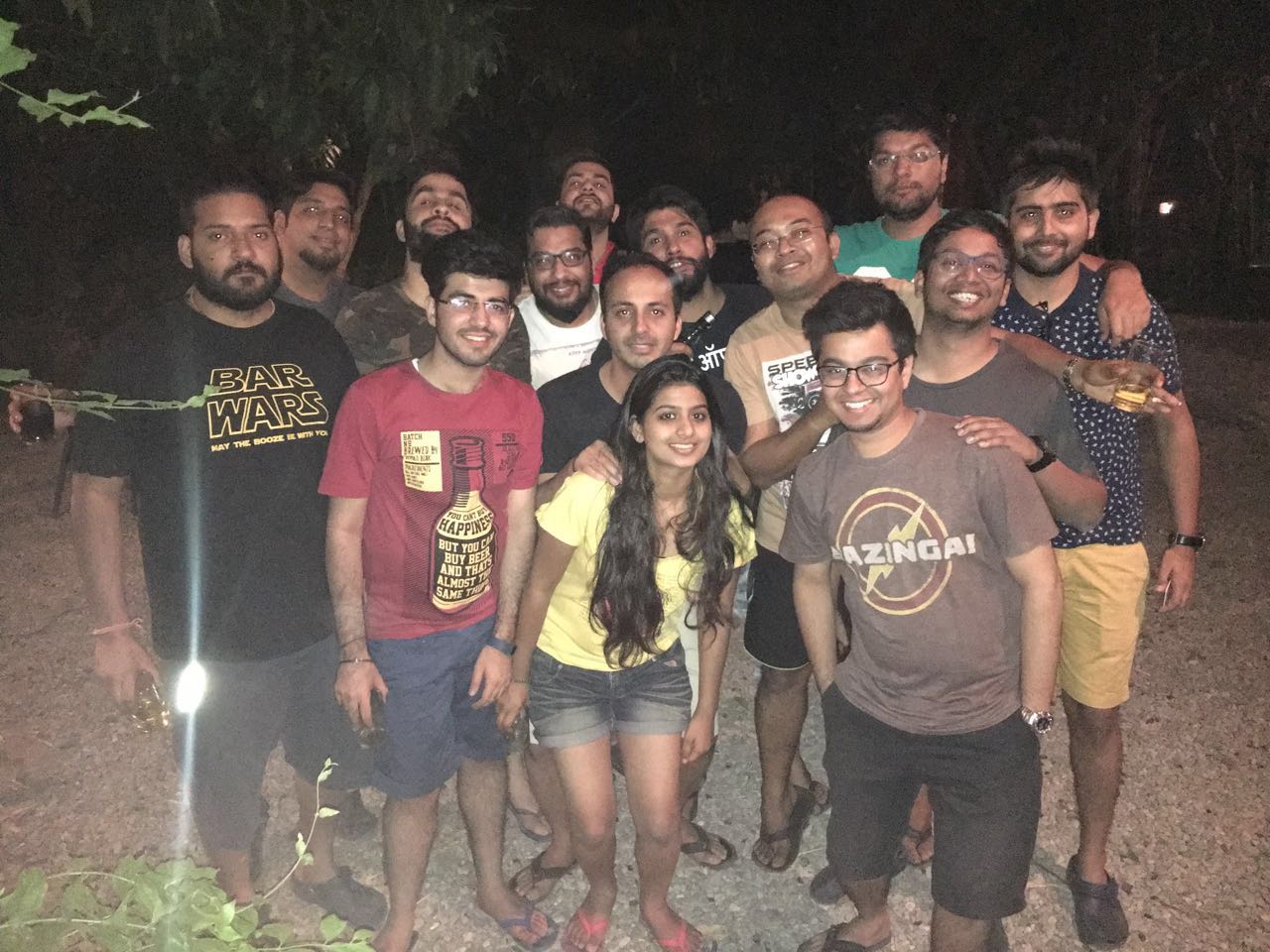 All in all, another day in the life of a sales guy – Exciting, Risky, and Unpredictable!

Another round of birthdays at Wingify!

Hear straight from the hamster’s mouth: what a new Wingifier thinks about us?