It’s been accounts of all fun and play on this blog for quite some time. Fun and play, while a dear part of our culture, doesn’t complete the picture. Everyone at Wingify is expected to push towards being the best in what they do. And when you are pushing yourself to be the best, its a good idea to learn from the best in the field.

Attending tech conferences is a good way to ignite some fresh ideas and sustain the love for our craft. Last week, Bangalore hosted JSChannel, one of the most sought after JS conferences in India. JSChannel hosted ‘best of the bests’ speakers in JS Community along with expert JS trainers in workshop/live-coding sessions.

Wingifighters weren’t ready to give up on this opportunity and off they went. Both to talk and to listen. Here is the experience of Rachit, as he recollected his two days of learning. 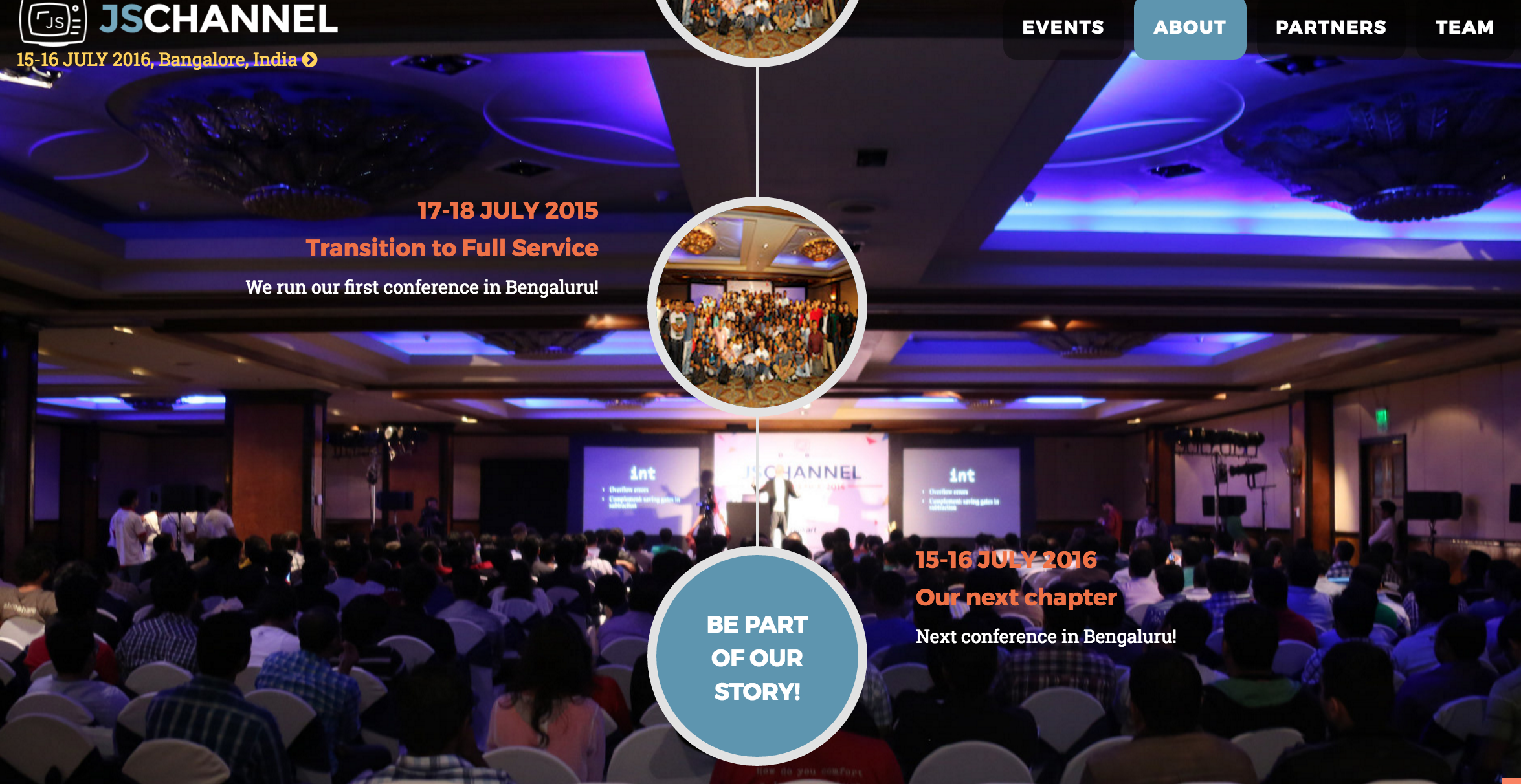 DAY ONE: Three Wingifighters (Dheeraj, Rachit, Himanshu) were ready for the two-day learning with lot of fun.’Ember.js’ creator Yehuda Katz the key note speaker was the best start that you can expect from a conference for the first day. The key note was packed with insights about Ember js like new rendering engine (Glimmer 2.0) is on the way, Ember-CLI is evolving. This was followed by a very interesting live node JS debugging by Dave Kerr. He showed the full utility of node-inspector like live reloading feature. He was seriously a funny guy 😛 and cracked some serious bad jokes. We broke out for lunch after these sessions. 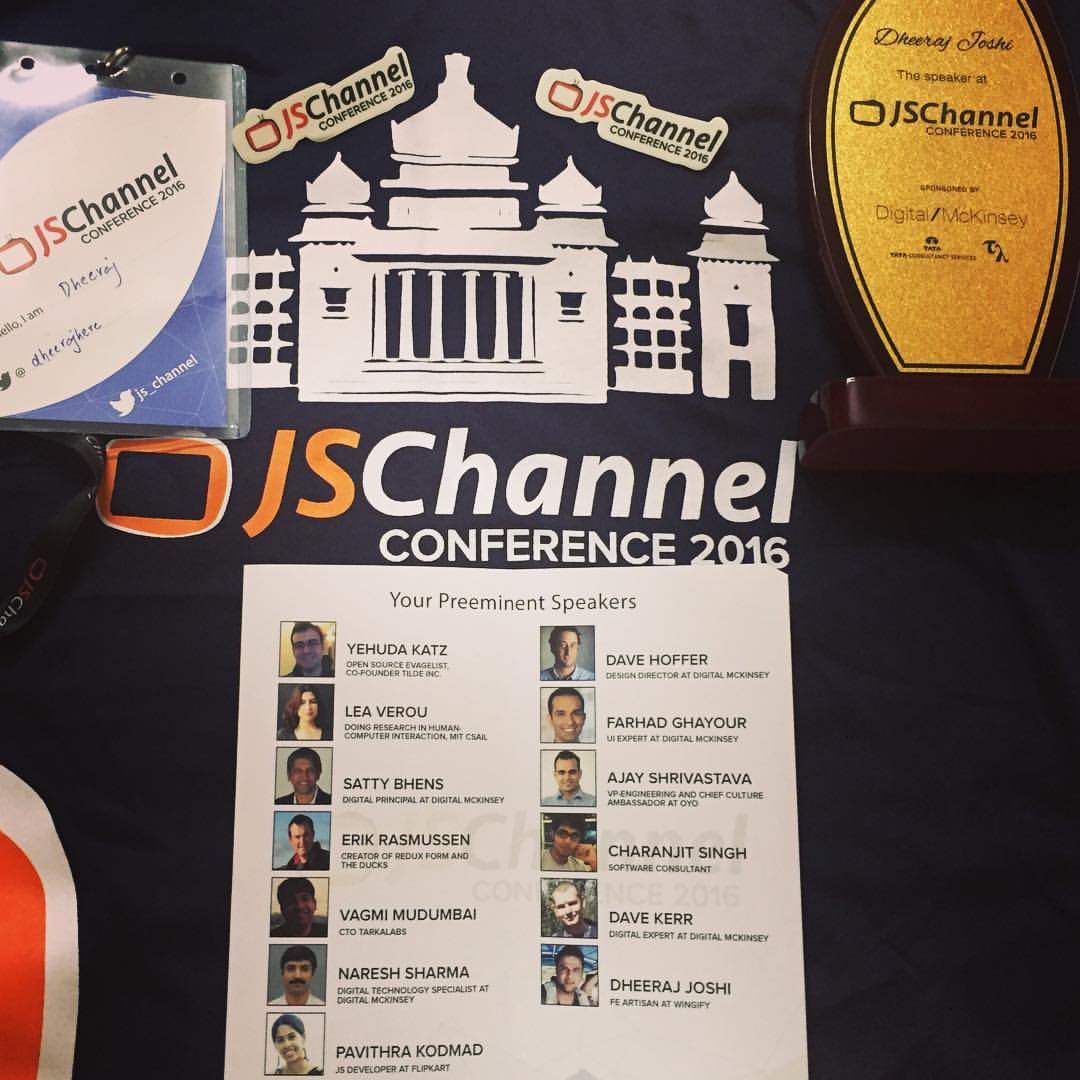 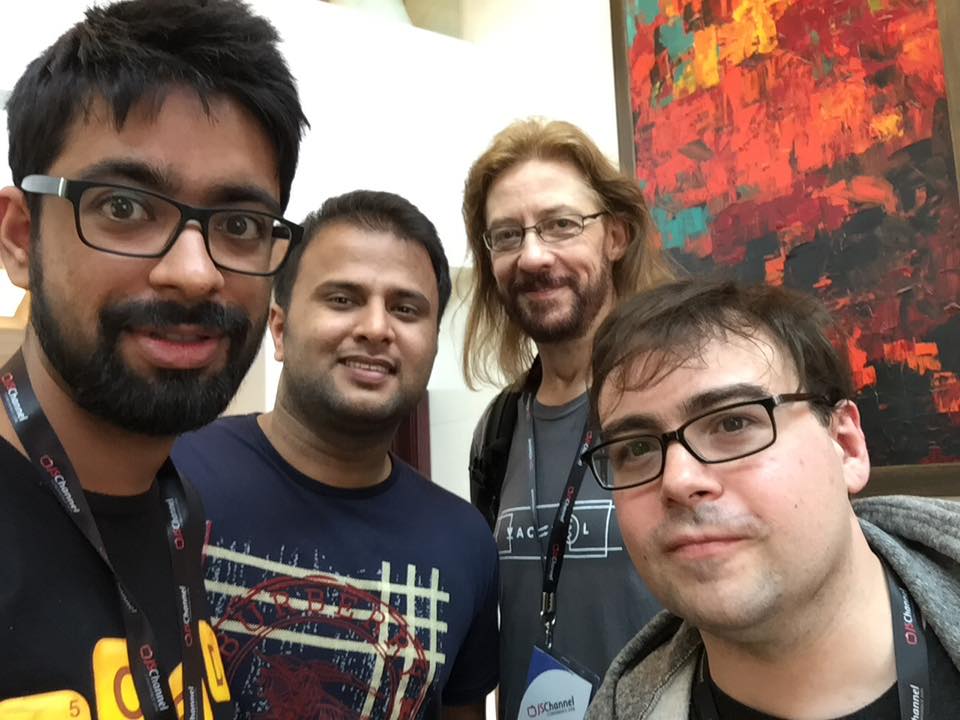 Second half of the first day began with the most awaiting talk for the day WEBGL by Farhad Ghayour. That was my first experience with 3D world in programming. And the good thing is that it was also live coding event. We build 3D 2048 game step by step with all the nitty gritty.
First day ended with the very interesting talk by OYO rooms CTO Ajay Shrivastava on how to utilize Agile for the best. The topic was ‘Aggresive Agile with well lubrication’. He told us about how to focus on solving problem instead of blaming on others. As we all know running on water and development is easy if things are frozen first. So he told us about the solver team which include people from each domain (Designer, Product manager, Business analyst, Developer and Tester) and the mission is to solve the problem. A small problem is assigned to them and all of the them are responsible for solving the problem from the beginning. In this kind of approach each and every person is equally responsible for the end result and people cannot blame on each other.
DAY TWO: Second day started with the Lea Verou talk that actually told us about how to write good API’s, flaws in current API system and how to write self explanatory API’s. It was basically the discussion of simple and elegant way of writing your API so that developer don’t need to look into it again because we all know “code is written once and read many times”.
Second talk of the day was given by Pavithra Kodmad about the WEBPACK with detailed example. It also include the comparison of various tools like gulp, grunt and lot of others.
Then came the most awaited talk for the second day by our Wingifighter, Dheeraj Joshi on ‘Securing your web application’. It was his first experience but he actually rocked the stage. He showed lot of good demos about CSRF, XSS attacks. And also shows us live hacking on the real website which was fascinating. After the lunch there was another talk on the DESIGN CONSCIOUSNESS by Dave Hoffer which included the workshop on how actually you should think in terms of design. The day ended with the live coding by Erik Rasmussen which showed us how to use ‘Redux-form’ step by step guide. He showed us how we evolve in terms of submitting the form from  refreshing the page by sending the complete control of the page to the server to the React-Redux form submission without even disturbing the user experience. 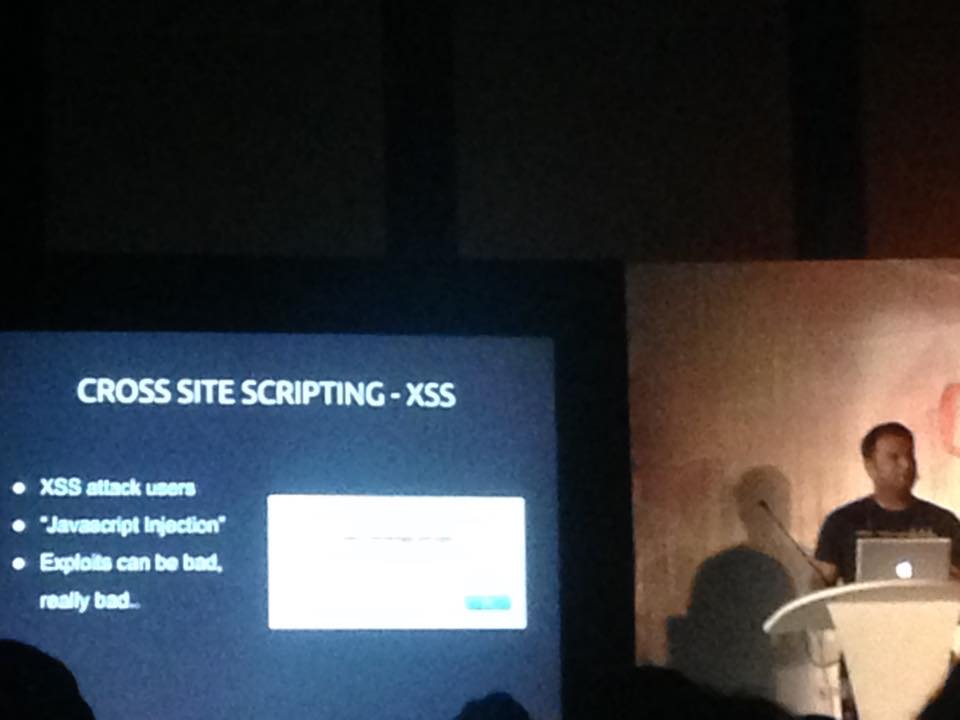 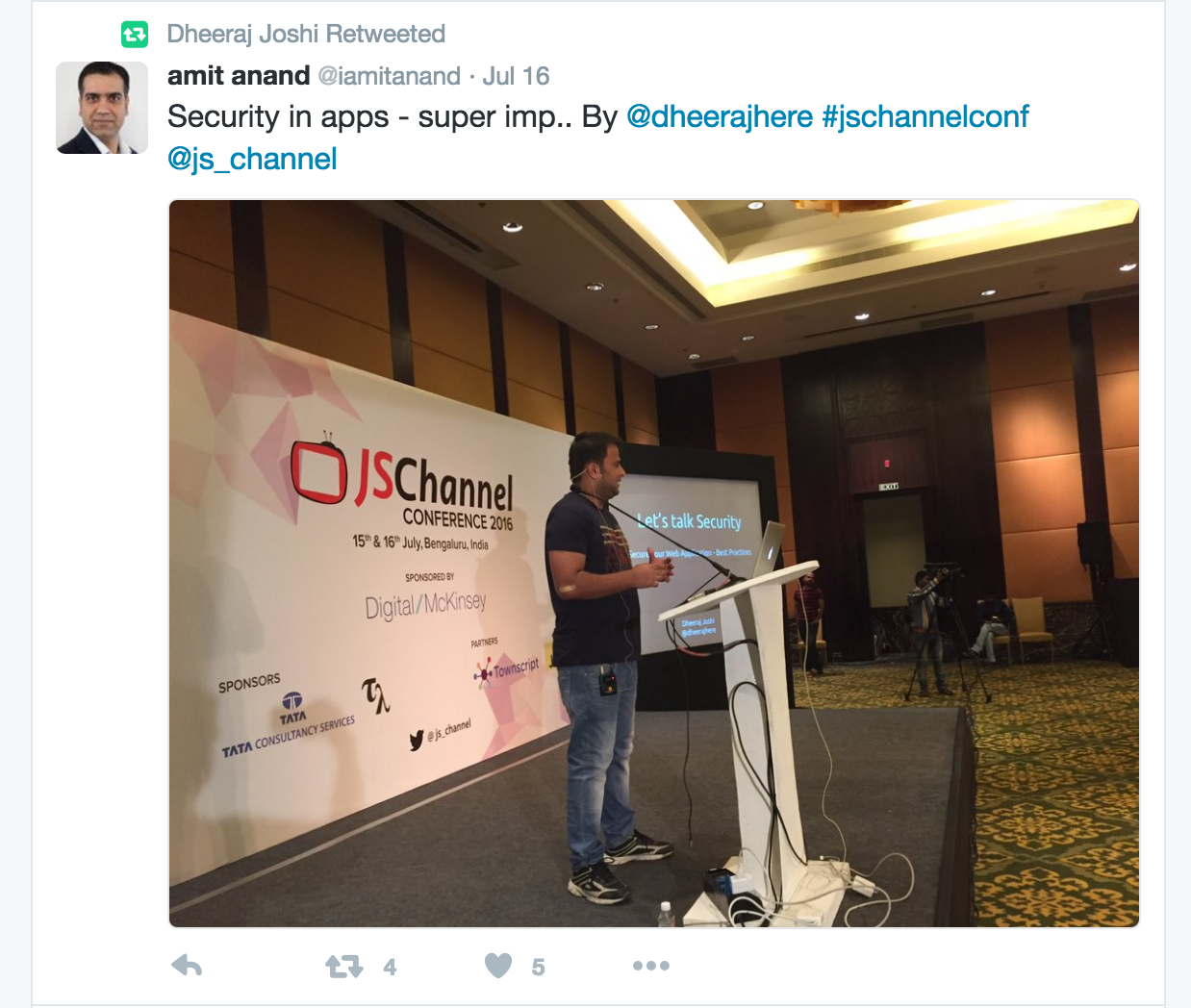 Find the speaker deck of Dheeraj’s talk here–> Secure your web application by Dheeraj Joshi
If this doesn’t whet the nerdappetite, please head over to our engineering blog to learn more about our engineering craft culture.
Signing off with a happy picture where Himanshu cracked a bad joke with Pablo Picasso. 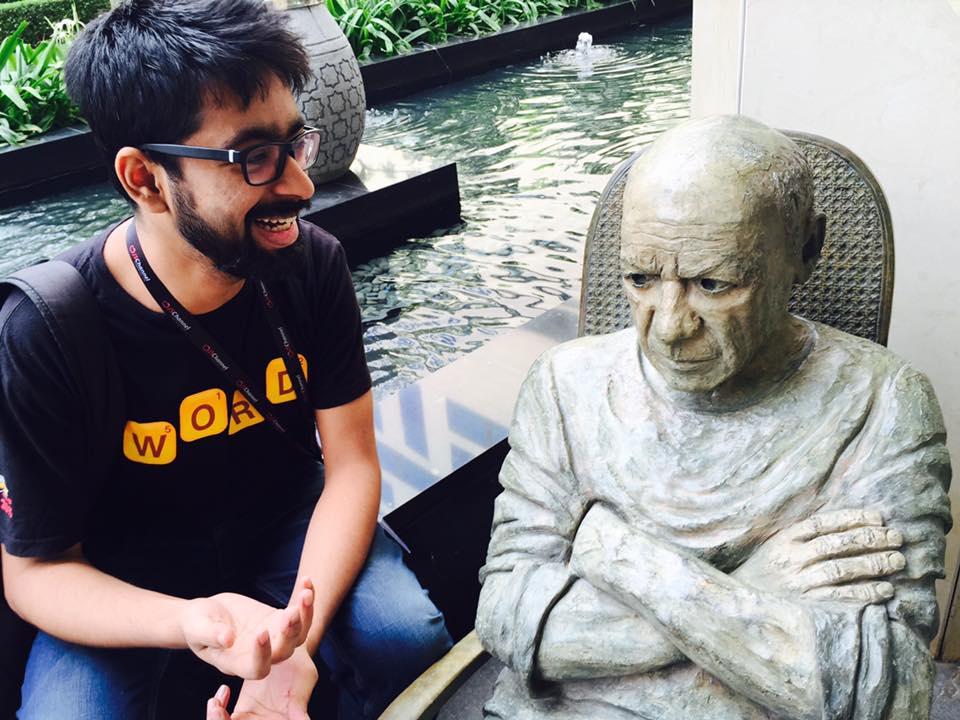 How we celebrated the 2500+ customers milestone

Which books does a writer read? PushCrew’s resident writer answers the question for us.