As I am sitting here at the
Delhi Airport waiting for my flight back to Chennai, I could just not stop
myself from thinking about my time as an intern back at Wingify which ended
last week. Here’s what I wrote down after getting carried way with several cups
of coffee (thanks for luring me with that smell costa coffee)

So here it is then!

It was 5 o’clock in the morning
and I was quite drowsy. Reason being the all nighter I pulled the other night
for the last exam of our end sems. **phew**

Here I was at the Delhi airport
just a day after my semester exams, ready to start with my internship. Talk
about eagerness here!

A small part of me was also
happy that I was moving out of Chennai! (at least for some time)

Joined them the next day in
their main office at the heart of NSP, Delhi.

Now I was naturally excited to
work in a company which had grown and become one of the best startups in India
in such a short span of time. On top of that, this was my first internship in a
well-established product based start-up and I was hoping that I could learn all
that I could and perform in accordance to their standards.

I was introduced to Ankit Jain
(Lead software Engineer at Wingify) and Ajay Sharma (Senior Software Engineer)
by my HR. We had a brief chat where I was told I would be working with the
Backend Development team for VWO, their flagship product.

Talking about VWO, it’s the
world’s easiest A/B testing tool. And we are quite good (read “The
Best”) at it! The month before I joined, we had monthly sales crossing a little
over 1 million dollars.

After getting up and ready with
my development environment, I was given my first project.

Integration of Statsd and
graphite (Project #1)

StatsD collects and aggregates
metrics and then ships them off to Graphite which stores the time-series data
and enables us to render graphs based on these data.

carbon – a daemon that listens
for time-series data.

webapp – a (Django) webapp that
renders graphs on demand.

The setting up of the the
overall stack was a bit archaic but I finally got it right and the metrics for
our internal service were being graphed correctly by Graphite. And they looked
pretty too!

Coming back, the service on
which we integrated StatsD and graphite runs on several servers. So while
plotting the graphs we wanted to know the server from where the stats are being
pushed on to the buckets of statsd. Well that was much about it.

Wingify has this culture of
organizing hackathons at the end of every month, where people from the
engineering team come together to hack on something which they want to see at
VWO.

To be honest, I was quite
clueless on what to build for the first half an hour or so and after a little
nudge from Ankit I decided upon bumblebee. Bumblebee makes use of the
beautiful VWO API to provide functionalities (if not all) to the VWO account
holder right at the comfort of his slack channel. Like you can get details of all
the campaigns of your account, check their status (whether they are running,
paused et el). Update status to Start/Stop/Pause a particular campaign. Share
your campaign with someone else and some more things.

It was written in python and
Ankit was too kind to let me open source it. Here is the link for the curious.

My 3rd project revolved around
optimization of an internal service. I had to increase the efficiency (read
performance). I implemented some rough 3 approaches and the last one bumped the
performance by up to 23.6%. I could have tried for dropping it down further to
a lower one but sadly the end to my internship was looming around the corner so
I dropped it. And that was the 3rd and the last project I did as an intern at
Wingify.

How was my experience?

My experience? I loved it
there!

Jokes apart. I made some really
good friends back there and learned a ton from everyone. I am proud that I was
part of a team which is building something which people love and has an impact
on thousands of customers.

Looking back at the time when I
received a call from Nupur about my acceptance as an intern at Wingify. I was
thinking about whether to join it over the other 6-7 odd companies which
accepted my application as a summer intern. After the two months that I
have spent here at Wingify, I now believe that I did just the right thing on
choosing Wingify over others!

Until next time Delhi! 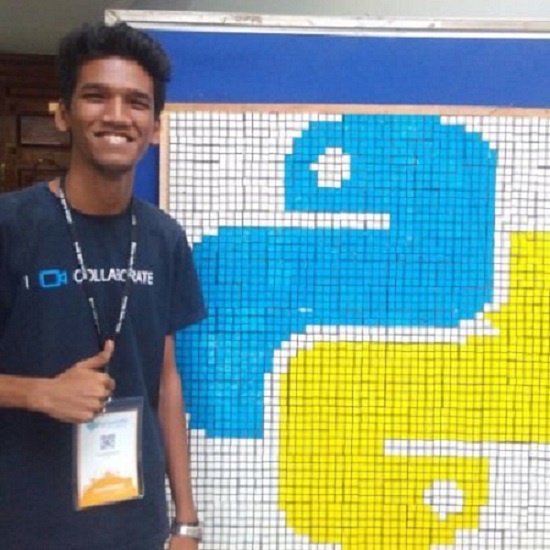 And there’s yet another milepost! Wingify acquires Conceptfeedback

Which books does a writer read? PushCrew's resident writer answers the question for us.